Gold stocks have had a remarkable year thus far. That’s due to the rising uncertainties in the global economic climate. The prolonged U.S.-China trade war has resulted in uncertainty in the markets and instigated investors to rush for safer assets like gold.

More market panic reigned as worse than expected job data came out, which resulted in a rise of 0.1% in the rise of spot gold to over $1475 per ounce. The rise in the price of gold is, however, good news for gold stocks and many companies stand to benefit due to the latest rally. Here is a look at three gold stocks to watch.

One of the gold stocks that could be on the radar this month is Comstock Mining Inc (LODE Stock Report). It has made significant gains over the past week. LODE stock has soared this year. In fact, since the beginning of the year, shares are up from January 2’s $0.128 open to highs of nearly $0.60 this month.

But the most recent rise came toward the tale end of last month. Back in November, the company completed the sale of its Lucerne mine to Tonogold Resources Inc in a deal worth $25 million. Comstock received $1.7 million in cash upfront and convertible preferred stock worth $300,000. Comstock will also retain 1.5% NSR royalty on future production.

One of the other gold stocks that could be considered by investors is Gold Fields Limited (GFI Stock Report). GFI stock had a steady rally since the end of last month. Earlier in November, the company announced that the successful turnaround of South Deep opens up the possibility of selling the last mine that it owns in South Africa. As you can see from Comstock, asset sales can generate significant revenue and market momentum.

Furthermore, the company managed to post a profit after having been in the red for a decade. That also proved to be a major boost for Gold Fields. The stock has rallied by 20% since the end of November. On top of that, since the start of the year, Gold Fields’ stock has moved up as much as 81%.

Last but not least, Coeur Mining Inc (CDE Stock Report) is another one that may be worth tracking in the middle of this fresh gold rally. CDE stock has had an excellent time since the middle of October and has rallied by as much as 68% during the period.

In early November, the company released its third-quarter results. The quarterly losses came in at $.02 a share which beat analysts’ estimates of $.02 a share.

[Read More] Are Gold Stocks a Buy in the Current Market?

It’s important to also note that mid-October was a period of consolidation within a much larger bull move. The gold stock hit a 2019 bottom at the end of May around $2.85. Since that time, the general trend has been “up” and CDE inked fresh 52-week highs of $7.36 this week. Does this signal the next big move for junior gold stocks? 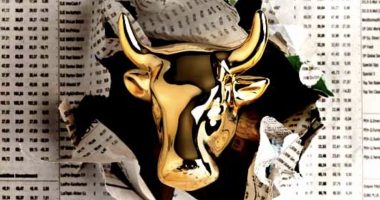