Why Is This One Of To Top Penny Stocks To Watch This Week?

Now more than ever everyone is looking for “it”, yet most can’t find “it” & by “it” we’re referring to opportunity in the stock market. Last week we called an immediate stock alert on IMC International Mining (IMIMF) (CSE: IMCX) and for good reason. Gold has been on the move lately. Ever since the Federal Reserve and U.S. government instituted multi-trillion dollar stimulus plans to support the economy the shiny metal is in focus.

Right now, we’re seeing a rebirth of interest in gold as it climbed even higher on Friday. If you ever wanted a potentially perfect time for gold, now could be that time. Let me explain why. Gold loves economic environments like the one we have right now. Low to no rates, low yields, high unemployment, and global economies slowing down are key indicators favoring higher gold prices. But there’s a secret that some traders learned during the 2008 financial crisis that could give us the edge right now.

Junior mining stocks are the ones to focus on when gold prices are on the move higher. While this could be understood as an opinion, the facts can be found in black and white. While they tend to fall faster in routs, they also rally further when gold prices move higher. Just take a look at some of the examples from the last time gold went on its historic rally:

Do you notice anything? As major gold stocks returned significant gains, it was the junior stocks like Wheaton that delivered life-changing returns. Sure 2x or 3x on big names like Newmont aren’t anything to ignore. But what about when you can see something to the tune of 15x? The point is that during gold bull markets, these smaller names have returned the most. And as companies like Wheaton have had their breakouts, now, there is a new crop of gold penny stock to watch.

Last week we saw IMC International Mining (IMIMF) (CSE: IMCX) pick up steam. This, of course, came as gold prices were on the move. But it was also after a major milestone was reported by the company; one that could actually be one of the biggest opportunities in the company’s history. It has also been one that sparked major interest in the market this past week as IMC shares jumped to new, all-time highs in Canada (CSE: IMCX) and saw record trading activity in the U.S. (IMIMF):

IMC International Mining Corp (IMIMF) (CSE: IMCX) closed its latest and likely most important acquisition to date: Thane Minerals. Why this is so important is because it puts the company in the middle of one of the most prolific areas for gold discovery in the world. Meanwhile, on a corporate conference call, incoming Chairman Greg Hawkins explained that his goal is to see IMC begin exploration by May and start drilling before the end of the year.

Hawkins is no one to overlook. He’s been in the business for decades, his previous endeavors have resulted in big buyouts, and as he explained on the call, he’s staying on to see the Thane project through because of the massive potential he believes it to have. This week may be just as important for anyone looking at IMC International (IMIMF) (CSE: IMCX). There will be another call that aims to go into more detail on this latest acquisition. With the call set for April 7th, there will be time to do more research on Thane’s Cathedral Project.

Why The Cathedral Project Could Have Big Potential For IMC

This property is located in an area called the Quesnel Terrane between two established mines: the Kemess Mine and Mt. Milligan Mine. The Mt. Milligan mine, in particular, should be a big proof point to why this area is so valuable especially for a company like IMC International (IMIMF) (CSE: IMCX). The mine is owned by Centerra Gold and one of the leading gold streaming companies, Royal Gold (RGLD) has an interest in Centerra’s Mt Milligan project as well. I bet they’ll be hungry for more if gold prices are set to surge, too.

Like incoming Chairman Greg Hawkins said on the last corporate conference call, there’s an active audience of waiting to see the next big discovery out of this region of British Columbia. Considering the fact that gold prices are climbing back above $1,600 an ounce, the closing of this deal could be perfect timing for the company.

Greg Hawkins stated on a recent call, he’s aiming to get the project going ASAP. Initially, the company said it hopes to begin exploration by May and drilling before the end of the year. But as you can see, this morning’s news could be a big thing to take note of. On Monday, IMC announced that it has engaged CME Consultants Inc. to conduct exploration and prospecting on the Company’s Thane Property including the Cathedral Prospect. CME is part of the CME network of companies, an international full-service consultancy and contracting group that has served over 100 clients in 25 countries and has employed over 3000 people. Mr. Chris Naas, P.Geo. will be the managing professional from CME on IMC’s Cathedral Prospect.

Meanwhile, aside from the other projects surrounding Cathedral (like Mt. Milligan) the Quesnel itself has shown significant mineralization supportive of big potential for gold discovery. The area has been host to past and planned production.

Timing Is Important For IMC International & Our Readers

Now, you might be asking why alert IMC International (IMIMF) (CSE: IMCX) and not something like Yamana or Kinross. Besides the fact that those stocks have very large share structures in comparison and because those stocks have much higher prices, they’ve already had their successes like so many other gold stocks that ran back in 2008-2012. Now it’s time for the next generation of junior gold stocks to profit handsomely from gold’s next big move. Don’t believe me? Look at some of the monsters from the last big gold rush:

-Investors who bought shares of gold company New Gold Inc. prior to the big gold market move, saw the stock trade below $1.50 and rode a wave to highs of more than $14… 1,167%

-Guyana Goldfields traded under $0.70 just as the last gold rush hit, with early investors that could have ridden that momentum to highs of $11.79… 1,609%

The name of the game: Buy low, sell high and right now we’re looking at IMC International (IMIMF) (CSE: IMCX) sitting right around $0.40USD/$0.53CAD and they’ve just completed the first acquisition. This week there’s going to be another big conference call and we’ll be interested to see what big things are in store for this latest acquisition.

You wanted it and we’re delivering: 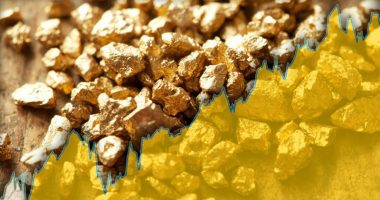