Are Gold Stocks Set To Soar Amid FAANG Earnings?

Will Gold Stocks Take Off This Week Ahead Of Tech Earnings?

The market has been on fire since the start of 2019 with the S&P moving nearly 30% for the year. But new research may suggest a different landscape for 2020. Bespoke Investment Group says that since 1928, the S&P 500 has averaged a 6.6% annual return. That return isn’t the average overall, it’s the average for years that follow a banner year that rallied 20% or more.

That’s not the only factor to be aware of. This is also an election year and potential impeachment year. This all lends itself to market uncertainty and, in turn, the possibility of seeing safe-haven stocks trade higher. Meanwhile, global economies have already shown the real risk if a slowdown.

The International Monetary Fund said that it expects this to be the case. The IMF explained that its initial growth outlook had to be cut based on new forecast data. The Fund made special note of the current U.S. – China trade situation. The “projected recovery for global growth remains uncertain” and that it still suggests growth will hinge on how emerging market economies recover.

What’s FAANG Got To Do With Gold Stocks?

Facebook, Apple, Amazon, Netflix, and Google/Alphabet have long taking the crown when it came to dictating the market’s strength. Last year, this group of tech stocks was vital in pushing the sector to new highs. The side-effect of that was it also helped push the market higher. This has further resulted in some of the top ETFs and funds overweighing portfolios in these names.

But as we know, with the next round of earnings coming, FAANG stock will be in focus. It’s also important to keep in mind the changing regulatory climate for these names. Companies like Facebook and Alphabet have been plagued by allegations over questionable activities. Some congress members have gone as far as suggesting a breakup of these firms.

Since the market leans on these so heavily, it would make sense that a shakeup there or even a big sell-off could trigger a scramble toward safe-havens. This being said, here are a few mining stocks and gold stocks that have begun performing well ahead of this next round of tech earnings.

Gold Stocks To Invest In [or avaoid]
K92 Mining

First, on this list of mining stocks, K92 Mining (KNT – Gold Stock Report)(KNTNF) hit new all-time highs this week. The company was recently named to the 2020 OTCQX Best 50 list as a top-performing name in that segment of the OTC exchange. These companies are ranked based on one-year return and average daily dollar volume growth during the year.

Aside from its stock performance, K92 has also managed to execute on a fundamental front as well. The company reported record production from its Kainantu Min in Q4. It also exceeded the top end of its upgraded guidance by 2,256 ounces of gold equivalent. In an update on its Kainantu Gold Mine expansion, the company had revealed some key data as well.

“The Company is moving forward rapidly with the Kora Expansion Project expected to significantly increase throughput, achieving 400,000 tpa annualized process plant run-rate by the end of 2020…While 2019 was very much a transformational year for K92, we expect 2020 to build on this and enable our Company to move towards the next level.”

Gold Stocks To Invest In [or avaoid]
B2Gold

Next, B2Gold stock (BTO)(BTG – Gold Stock Report)hit fresh 52-week highs this week. During the regular trading session, the gold stock reached highs of $4.46. Prior to the opening bell, B2Gold traded as high as $4.48.

So what could have this stock on investors’ radars besides the price-performance? Earlier this year, the company reported results from its preliminary economic assessment for its Gramalote project. According to the company, the Colombia-based project returned positive results from the assessment. Indicated mineral resource estimates came in at 2,070,000 ounces of gold. In addition, inferred mineral resources came in at 2,01,000 ounces of gold.

This project is a result of a joint venture between B2Gold and AngloGold Ashanti. However, B2Gold assumed the role of manages of the venture at the beginning of the year. The two companies agreed on a budget of roughly $37 million for the feasibility study, through the end of 2020. All drilling is expected to be finished by May of this year, as well.

Gold Stocks To Invest In [or avaoid]
Comstock Mining

Though it wasn’t a new 52-week high, Comstock Mining (LODE – Gold Stock Report) reached a new 2020 high this week. Shares of LODE stock have managed to climb consistently since the start of the year. Furthermore, it hasn’t come from just precious metal performance alone.

The company sold off two of its properties along with water rights for $10 million earlier this year. This was a result of the company’s continued efforts to transform the company further and target “high-value, cash-generating” activities. Corrado De Gasperis, Executive Chairman and CEO stated, “Our realignment and transformation has repositioned the Company to first unlock unrealized shareholder value and then create and deliver new value from precious-metal-based innovations and developments, including our Dayton resource and the MCU joint venture.”

On top of this, the company facilitated the launch of its Sierra Springs Opportunity Fund. Sierra Springs closed on its first acquisitions in late December. These included Silver Spring Regional Airport as well as the 180,000 square foot Sierra Clean Processings facility.

Gold Stocks To Invest In [or avaoid]
Great Panther Mining

Finally, Great Panther Mining (GPL – Gold Stock Report) has followed a similar path as Comstock this year. Shares of the mining stock reached highs of $0.68 before the opening bell rang on January 27. Thanks to strong progress and current valuation, the analyst community has turned its attention to Great Panther.

Noble Capital upgraded the mining stock from Market Perform to Outperform. It also gave the company a $1 price target. Fundamentally, Great Panther has been able to execute on a few fronts. Most recently the company reported that it has entered into a $11.5 million gold doré prepayment agreement with Samsung C&T U.K. This is a wholly-owned subsidiary of Samsung C&T Corporation; also part of the Samsung Group.

“In consideration of delivery and sale of approximately 3,000 ounces of gold contained in doré per month over a two-year period from our Tucano Gold Mine, Samsung has agreed to advance a US$11.25 million prepayment to Great Panther.” 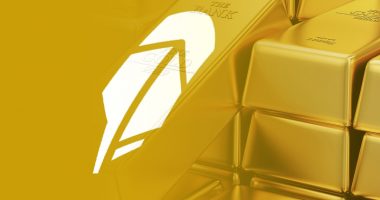 Mining Stocks Have Become Popular On Apps Like Robinhood; 5 To Watch…

The conference call will now take place on Tuesday, April 7 at…