With over 30 years of experience, Mr. Hawkins joins as chairman and currently sits on board of directors for New Pacific Metals Corp

VANCOUVER, BC / ACCESSWIRE / February 13, 2020 / International Mining Corp (CSE:IMCX) (OTCPINK:IMIMF) (the “Company” or “IMC“), is pleased to announce that it has signed a Letter of Intent (“LOI“) with Thane Minerals Inc. (“Thane“) a private BC registered company, to acquire a 100% of Thane. Thane holds a 100% interest in the Cathedral property (the “Cathedral Project“), located in north-central British Columbia. The parties will now work toward a definitive agreement (“Definitive Agreement“) with closing subject to several conditions, including, but not limited to, verification of valid concession licences, obtaining required permits, licenses and regulatory approvals.

The Cathedral Project covers 206.94km2 (51,136 acres) and is situated in north-central British Columbia. The property is located within the Quesnel Terrane along the northeast contact of the Hogem Batholith, an alkalic suite of rocks hosting porphyry copper-gold deposits. The northern part of the Quesnel Terrane extends from south of the Mt. Milligan Mine northward to the Kemess Mine, with the Cathedral property located midway between these two copper-gold porphyry deposits.

“The Mount Milligan copper-gold porphyry deposit contains a combined Measured and Indicated Mineral Resource of 243.9 million tonnes (Mt) at 0.134% Cu and 0.226 grams per tonne (g/t) Au containing 717.7 million pounds (lbs) of copper and 1,769,000 ounces (oz) of gold and an Inferred Mineral Resource of 11.0 Mt at 0.306 g/t Au and 0.125% Cu, exclusive of Mineral Reserves,”[1] while The Kemess Mine, also an open-pit copper-gold porphyry, “produced approximately 3 million ounces of gold and 700 million pounds of copper over its life the mine. Near the Kemess Mine is the Kemess Underground Project, also owned by Centerra Gold. This separate deposit is currently in the development stage, and has not been approved for production.[2]

Mineralization at the Cathedral Project area occurs within a structurally controlled, moderately west-dipping (tilted) alkalic porphyry system. The system is dominated by stockwork, disseminated and vein hosted porphyry-type mineralization within a propylitic and sodic-calcic altered quartz monzonite (Cathedral and Cathedral South Showings) that has been thrusted onto shallower high-grade vein systems (Gully and Pinnacle Showings) located to the east and northeast.

Highlights from the four showings within the Cathedral Area include can be seen by visiting Thane’s website at http://thaneminerals.com/index.html.

Upon Closing, IMC shall issue to, or as directed by, Thane, $2-million CAD worth of common shares in the capital of IMC priced at $0.38, or 5,263,158 shares, that will be escrowed over a 36-month period, in exchange for transferring all of the issued and outstanding shares of Thane (the “Purchased Shares“) to IMC. IMC shall, on the closing of the Transaction (the “Closing“), issue common shares at a conversion price consistent with the rules and regulations of the Canadian Securities Exchange (“CSE“).

In addition to the foregoing, if through additional exploration programs, a resource calculation of at least 800,000,000lbs of copper-equivalent, as determined from a NI43-101 resource estimate, is determined to be present within the Cathedral Project area, then IMC shall issue to, or as directed by, Thane, an additional payment of $2,000,000CAD in common shares in the capital of IMC, or cash equivalent, with the specific terms and conditions of such payments to be set out in the Definitive Agreement.

Changes to the Board

The Company is pleased to announce that Mr. Greg Hawkins, MSc, PGeo will be appointed as Chairman to the Company’s Board of Directors as part of this acquisition.

Mr. Hawkins holds a BSc in Geology from the University of Alberta and an MSc in Mineral Economics from McGill University. He has been involved in the Mining Exploration and Investment industries since 1969 and has been variously responsible for the identification and/or delineation of 10 mineral deposits in Canada, USA, Chile, Ghana, Mali and Zaire (DRC).

Mr. Hawkins is currently a Director of New Pacific Metals Corp. (TSXV:NUAG) and was the Founding Project Consultant and/or Founding Director of seven public and private Exploration/Development ventures (Brohm Mining, Dayton Mining, Nevsun Resources, Banro Resource Corp., Tagish Lake Gold Corp., African Gold Group, Yellowhead Mining Inc.) and has participated in or been responsible for the definition of at least one resource/reserve in every case, with six of those cases resulting in production in the USA, Chile, Ghana, Mali and DRC. These ventures collectively have accounted for over $2.1 billion in market cap at the companies’ respective peaks.

In 1990 Mr. Hawkins started CME, an international full service consultancy and contracting firm that has served over 100 clients in 25 countries and has employed over 3000 people. He has authored and presented a number of papers on exploration, exploration philosophy and mineral economics since 1979. In 2004 he was awarded the Frank Woodside Past Presidents Award by the British Columbia and Yukon Chamber of Mines in recognition of his outstanding contribution to the mining industry.

Brian Thurston, CEO & President of IMC stated, “The acquisition of the Cathedral Project gives the Company an opportunity to explore in one of British Columbia’s top mining districts. We are excited to build on the previous work of Greg Hawkins and Chris Naas, two professional geologists that have a proven track record of developing their geologic grass-roots discoveries into producing mines. We share in their belief that the Cathedral Project has very good potential centered in this highly productive area. We will work diligently with the integrated Thane team to develop the Cathedral project and will continue our growth model through acquisitions of both domestic and international assets.”

The Company will provide an update on the definitive agreement in the next few weeks.

ON BEHALF OF THE BOARD OF DIRECTORS

IMC continues to evaluate additional properties to add to its portfolio of mining assets.

The CSE has not reviewed, approved or disapproved the content of this press release 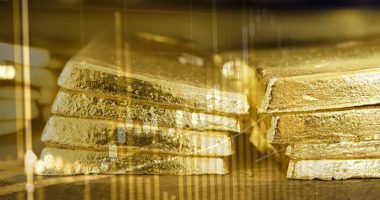 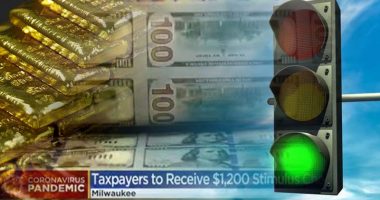 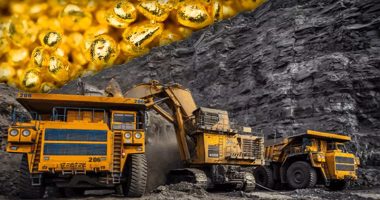 Are These Gold Stocks On Your Watch List Right Now? Gold prices…