CEO David Thornley-Hall remarked: “We are excited by the strong fundamentals linked to our Century South Silver-Zinc Project, and we anticipate committing to a significant work program on this property. Accordingly, our Australian technical team have set an ambitious agenda to swiftly and effectively advance towards drillable targets within the tenure.”

Exploration efforts over the past century led to the discovery of the deposits and numerous other silver-zinc occurrences within the Mt Isa region. Walcott and its consultants believe there is excellent exploration potential in the region and at the CSSZP.

About 8km north-west from CSSZP, along the same regional structure, is New Century Resources’ Century Mine (Figure 2). The Century Mine re-opened in late 20181.

Planning for a more detailed exploration program is underway. A combination of field mapping, rock chip, soil and stream sediment sampling will be completed in the first stage. A field visit and orientation exercise are planned to get underway shortly in order to facilitate assessment of the overall size and areas of interest in the target areas.

Concurrently, the technical team is formulating plans to visit the Tyr Silver Project in northern New South Wales, which is home to two historic silver mines and a 20km by 4km potentially mineralized system. A key focus of the program envisaged is surface sampling near the old silver mines and other targets to reconcile historic data and exploration reports. To date, all the relevant landholders have been notified by registered mail of the forthcoming field visit by the geology team, which should be able to commence within a few weeks.

The Company further announces that it has engaged Electrik Dojo LLC (“Electrik”) and World Wide Media Group LLC (“World Wide”) for native advertising and digital marketing services to increase brand awareness for the Company. The compensation to Electrik and World Wide are US$120,000 and US$175,000, respectively, for four-month terms. The Company has also engaged Aktiencheck.de AG for a European marketing awareness program on a one-month term for EUR100,000.

Certain services to be provided by these engagements are anticipated to include investor relations activities under the policies of the CSE and applicable securities laws. The company will continue to look at strategic consultants to expand awareness of the Company and its activities.

ON BEHALF OF THE BOARD OF DIRECTORS,

For further information on the Company, please email requests to:

Walcott is a British Columbia based Company involved in the acquisition and exploration of mineral properties in Canada and Australia. The Company holds an option to acquire a 100% undivided interest, subject to a 1.5% NSR on all base, rare earth elements and precious metals, in the Cobalt Hill copper-gold-cobalt property (the “Property”), consisting of eight mineral claims covering an area of approximately 1,727.43 hectares located in the Trail Creek Mining Division in the Province of British Columbia, Canada.

In addition, the Company has acquired 60% of two silver assets in Australia – the Tyr Silver Project in northern New South Wales and Century South Silver-Zinc Project in north-west Queensland.

The preparation of this presentation was supervised and personally edited by Mr. Matthew Stephens, Fellow of the Australian Institute of Geoscientists and an independent Qualified Person under NI 43-101. Mr. Stephens has reviewed and approved the content of this news release.

The CSE does not accept responsibility for the adequacy or accuracy of this release.

The Canadian Securities has neither approved nor disapproved the contents of this press release.

This press release includes “forward-looking information” that is subject to a number of assumptions, risks and uncertainties, many of which are beyond the control of the Company. Forward-looking statements may include but are not limited to, statements relating to the trading of the Company’s common shares on the Exchange and the Company’s use of proceeds and are subject to all of the risks and uncertainties normally incident to such events.

To view the source version of this press release, please visit https://www.newsfilecorp.com/release/67997 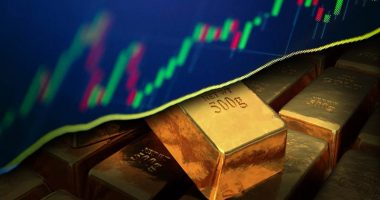 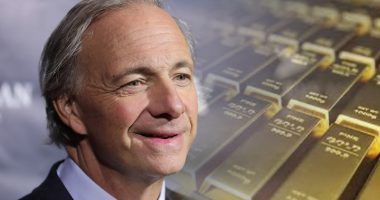 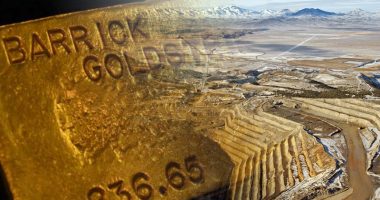 Should You Buy Barrick Gold Stock? The stock market took a turn…